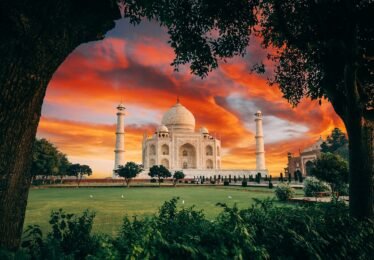 Visit one of India’s most renowned city of Agra—this 5 night adventure offers a discovery of Agra’s magnificent Delhi, Agra Fort Jaipur and of course, Taj Mahal. Immerse yourself in the unique culture of India and add to your memorable experience.

Arrive in Delhi. On arrival, you will be greeted and assisted by our representative and transferred to the hotel.
DELHI – It is a city that bridges two different worlds. Old Delhi, once the capital of Islamic India, is a labyrinth of narrow lanes lined with crumbling havelis and formidable mosques. In contrast, the imperial city of New Delhi created by the British Raj is composed of spacious, tree-lined avenues and imposing government buildings. Delhi has been the seat of power for several rulers and many empires for about a millennium. Many a times the city was built, destroyed and then rebuilt here. Interestingly, a number of Delhi’s rulers played a dual role, first as destroyers and then as creators.

On arrival in Delhi, transfer to hotel. Overnight at the hotel.

Day 02: SUN, 12 March, 2023 Delhi / Agra (4 hour ride)
After breakfast, drive to Agra.
AGRA – The city of the inimitable “TAJ MAHAL”.
The architectural splendour of the mausoleums, the fort and the palaces is vivid reminder of the opulence of the legendary Mughal Empire. While its significance as a political centre ended with the transfer of the capital to Delhi in 1634 by Shah Jahan, its architectural wealth has secured its place on the international map. A pleasant town with a comparatively slow pace, Agra is known for its superb inlay work on marble and soapstone by craftsmen who are descendants of those who worked under the Mughals.
On arrival in Agra, transfer to hotel. And later by 3 PM enjoy visit of Agra Fort
Overnight at the hotel.

Day 03 Mon, 13 March, 2023
Agra / A Village visit / Jaipur (Approx 277 kms / 5 hrs drive)
Early morning, enjoy sunrise visit of Taj Mahal – A poignant poetry in marble stands serene and awesome on a raised marble platform, by the banks of the Yamuna. The most extravagant monument ever built for love is a tribute to the timelessness of art and love. The inimitable poem in white marble, one of the seven modern wonders of the world, the finest expression of love of Emperor Shah Jahan for his queen Mumtaz who died giving birth to their 14th child, is located on the banks of the Yamuna River here. The construction of the Taj had commenced in 1631AD and had ended in 1653AD. Workers were gathered from all over the country and from central Asia. About 20,000 people were recruited to translate this dream into reality. The main architect was Isa Khan who was brought from Iran. (Closed on Fridays)
After visiting Taj, drive back to hotel for breakfast.
After breakfast, drive to Jaipur , On the way, enjoy the visit of a village , we take the Jeeps to the local village for a short trip to give you a first-hand experience of Village life. To make it more interesting, we also use the makeshift vehicle (instead of Jeeps), which is an example of Indian Jugaad. Otherwise hotel has its own organic farm, which you can visit.Then proceeds to  JAIPUR – The fascinating capital of the marvellous state of Rajasthan.

Jaipur is popularly known as the Pink City, thanks to the colour of its buildings. It was built in 1727 A.D by Maharaja Sawai Jai Singh II, followed a grid system, which made it the only planned city of its time. A young Bengali architect Vidhyadhar Bhattacharya designed the city in accordance with Shilp Shastra – an ancient Hindu treatise on architecture. There are innumerable sagas and stories of culture, traditions, practices and valour. This diverse land of rich cultural heritage is a royal treat for tourists all over the world.
On arrival in Jaipur, transfer to the hotel. Overnight at the hotel.

Day 04: TUE, 14 March, 2023 Jaipur
After breakfast, enjoy visit of Jaipur including following:
Photo stop at Hawa Mahal Palace – The poet king Sawai Pratap Singh built this palace of winds. This is easily the most well-known landmarks of Jaipur and is also its icon. This five-storey building overlooking the busy bazaar street is a fascinating example of Rajput architecture and artistry with its delicately honeycombed 953 pink sandstone windows known as ‘jharokhas’. It was originally built for the ladies of the royal household to watch everyday life and processions in the city from their veiled comfort.
Elephant /Jeep ride up to Amber Fort – Enjoy Elephant ride up to the Amber Fort like the royalty of Rajasthan once did. Mount the animal from a raised platform and sit comfortably in a specially designed, secure seat as the majestic animal winds its way up the ramparts of the fort. The Elephants look beautiful as the mahouts (the person who

drives the elephants) decorate them, especially the trunk, with floral and geometric patterns using coloured chalk and powders.
Amber Fort – The Amber Fort set in picturesque and rugged hills is a fascinating blend of Hindu and
Mughal architecture. Constructed by Raja Man Singh I in 1592 and completed
by Mirja Raja Jai Singh, the fort was made in red sand stone and white marble. Amber is the classic and romantic fort-palace with a magnificent aura. The interior wall of the palace depicts expressive painting scenes with carvings, precious stones and mirror settings. Built mainly for the warring enemies as a safe place, the heavily structured walls could defend the residents within the ramparts of the fort.
City Palace – Located in the heart of the walled city, the City Palace Complex gives you an idea about the farsightedness of the founder of Jaipur Maharaja Sawai Jai Singh. He left behind a legacy of some of the most imposing and magnificent architecture in the city. Maharaja Sawai Jai Singh built many buildings but some of the structures were also built by later rulers. The palace is a blend of Mughal and Rajput architecture and the ex-royal family still lives in a part of the palace.
Jantar Mantar – The Jantar Mantar is a collection of architectural astronomical instruments, built by Maharaja (King) Jai Singh II between 1727 and 1734. It is modelled after the one that he had built for him at Delhi. He had constructed a total of five such facilities at different locations, including the ones at Delhi and Jaipur. The Jaipur observatory is the largest and best preserved of these. It has been inscribed on the World Heritage List as “an expression of the astronomical skills and cosmological concepts of the court of a scholarly prince at the end of the Mughal period”.

Overnight at the hotel.

Day 05 Wed , 15 March, 2023
Jaipur / Delhi (Approx 277 kms / 05 hrs drive)
After Breakfast drive to Delhi.
DELHI – It is a city that bridges two different worlds. Old Delhi, once the capital of Islamic India, is a labyrinth of narrow lanes lined with crumbling havelis and formidable mosques. In contrast, the imperial city of New Delhi created by the British Raj is composed of spacious, tree-lined avenues and imposing government buildings. Delhi has been the seat of power for several rulers and many empires for about a millennium. Many a times the city was built, destroyed and then rebuilt here. Interestingly, a number of Delhi’s rulers played a dual role, first as destroyers and then as creators.
On arrival in Delhi, transfer to hotel. Overnight at the hotel.

Day 06: Thu, 16 March, 2023 Delhi Departure
After a leisurely breakfast, enjoy visit of Delhi including following:
Jama Masjid – This great mosque of Old Delhi is the largest in India, with a courtyard capable of holding 25,000 devotees. It was begun in 1644 and ended up being the final architectural extravagance of Shah Jahan, the Mughal emperor who built the Taj Mahal and the Red Fort.

The highly decorative mosque has three great gates, four towers and two 40 m-high minarets constructed of strips of red sandstone and white marble. The interior of the prayer hall is divided into aisles by arches. The walls and floors are of marble inlay panels.
See the Red Fort from outside – The Red Fort, Shah Jahan’s elegant citadel in red sandstone, was built on the western bank of the river Yamuna. Shahjahan, started the construction of this massive fort in 1638, when he shifted the capital from Agra to Delhi. The Red sandstone walls of the massive Red Fort rise 33-m above the clamour of Old Delhi as a reminder of the magnificent power and pomp of the Mughals. Inside is a veritable treasure trove of buildings, including the Drum House, the Hall of Public and Private Audiences, the Pearl Mosque, Royal Baths and Palace of Color. (It remains closed on Mondays).
Raj Ghat – Raj Ghat is a memorial to Mahatma Gandhi. It is a black marble platform that marks the spot of Mahatma Gandhi’s cremation, on 31 January 1948, a day after his assassination. It is left open to the sky while an eternal flame burns perpetually at one end. It is located on the banks of the river Yamuna in Delhi on Ring Road officially known as Mahatma Gandhi Road. A stone footpath flanked by lawns leads to the walled enclosure that houses the memorial.
Drive past at Govt. Buildings – New Delhi houses several government buildings and official residences reminiscent of the British colonial architecture. Today we will drive past few of them, like The Parliament House, designed by Baker is 173m in diameter, the Rashtrapati Bhawan once the Viceroy’s residence is now the official residence of the President of India. Designed by Lutyens, it combines western and eastern styles.
Drive past India Gate – At the centre of New Delhi stands the 42 m high India Gate, an “Arc-de-Triumph” like archway in the middle of a crossroad. Almost similar to its French counterpart, it commemorates the 70,000 Indian soldiers who lost their lives fighting for the British

Later, drive to International Airport to board flight for onward journey to Dubai
End of Services

Guests must bring their passport with them

* Elephant / Jeep ride up to Amber fort in Jaipur.

•Unlimited mineral water will be provided

•Entrance fees and camera charges at the Taj Mahal monument

•Gratuities to drivers and guides

5 star hotel with Breakfast and Dinner

All entrance fees and train tickets 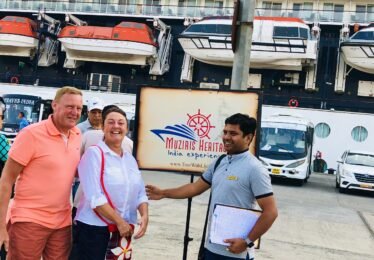