Depart from ship for Cochin and for flight to Delhi

Depart from ship for Cochin and for flight to Delhi 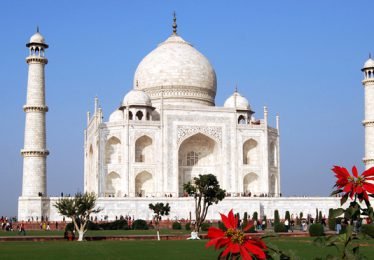 Experience this two-night and three-day overland adventure that visits the most breathtaking monuments and immerses you into a vibrant culture. You’ll be taken from the seafaring port city of Kochi to the bustling streets of Agra where you’ll see the Taj Mahal

Day 1: Kochi-Delhi
Your day of travel begins with a captivating panoramic tour of Kochi. This densely populated port city is home to the Southern Naval Command of the Indian Navy. As you drive enroute to the airport, you will see many maritime facilities, such as shipyards. A driver makes stops along the way at the most photogenic structures. Your first stop lets you view an elaborate web of Chinese Fishing Nets aligned along the water’s edge. Their elegant construction and immense size will fascinate you. You’ll learn about their unique and rhythmic fishing techniques. Another stop occurs at the oldest European church in India. St. Francis church is a historic icon dating back to the 15 century. It represents the colonial struggle of European powers. It’s also known as the place where the Portuguese explorer Vasco da Gama died during his third trip to India. Next, continue to the airport to catch your flight to Delhi. Upon arrival you’ll be transferred to the Suryaa Hotel where you’ll check in and delve into a delicious dinner. Afterwards, prepare for the next day’s adventure with some rest.

Day 2: Delhi-Agra-Delhi
Begin the day with a delightful breakfast served upon your arrival in Agra. A guide accompanies you to a local hotel for the tasty meal before continuing on your journey. Two great Mughal monarchs, Akbar and Shah Jahan, transformed the little village of Agra into a befitting second capital of the Mughal Empire during the 16th and 17th century – giving it the name Dar-ul-Khilafat (Seat of the Emperor). Today, Agra exists in a world of contrasting edifices of red sandstone and white marble, narrow alleys and quaint buggies. As you walk down the bustling streets of the city and take in the aroma of the unique Mughlai cuisine you’ll soon be greeted by the elegant and massive Taj Mahal. The Taj Mahal is Emperor Shah Jehan’s enduring monument to love. This beautiful mausoleum in pure white marble is an architectural marvel. Its unique beauty and intricate execution contributes to its place as one of the Seven Modern Wonders of the World. Throughout the day its color changes, from soft grey and yellow to pearly cream and dazzling white. This play of light is an important decorative device that symbolically implies the presence of Allah. Next, visit the Agra Fort built by the Mughal Emperor Akbar in 1565 AD, and is predominantly made of red sandstone. The vast halls echo the voices of a bygone era and transport the visitor back through the passage of time. Ensconced within is the picture perfect Pearl Mosque, which is a major tourist attraction. Return to the hotel for lunch before spending sometime at a local handicraft shop where you can buy some souvenirs. Your motor coach will ride along the New Yammuna Expressway. On arrival in Delhi return to your hotel for dinner and some free time.

Day 3: Delhi-Goa
Prepare to check-out of your hotel and enjoy a hearty breakfast before you take off from the airport to Goa. Goa is a beautiful destination known for having the quietest beaches, the busiest flea markets and the most authentic local cuisines. Upon arrival, a guide will transport you to your ship.

Accommodation as per the itinerary
Daily breakfast
Tonga ride at Agra
All transfers & sightseeing as per the itinerary by air-conditioned car
Local English speaking guides
All taxes, driver allowances, parking etc
Highly personalized itinerary planning
Expert advice from our India specialists, all of whom have traveled extensively in India
Local contacts at our associate offices throughout India